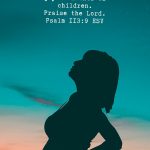 We were so excited to be pregnant! We had prayed God would give us a child and he did…quickly too!!! We were married on January 27th and pregnant by early April. I thought I was doing well until in the middle of a work trip with my husband to Detroit nausea hit…and the bleeding. I was freaking out. The bleeding was light. Then on Mother’s Day, it increased enough we were afraid I was having a miscarriage.

We went in that Monday and found out the baby was safe, but the Dr said it was a “threatened miscarriage” and there was a risk we could lose the baby.  I bled on and off during most of the first trimester. It was a very fearful time. My in-laws and their church, my husband’s Bible study group, and dear friends of mine were praying like crazy. We finally found out at 20 weeks that I had a low-lying placenta. This was not a danger to our baby, who we now knew was a little boy, and it had moved to a better position by the follow-up ultrasound.

During most of the first trimester, I also felt rotten. I would throw up about every other day and sometimes multiple times a day. I was sleeping 9 hours a night and would feel so exhausted in the afternoon I would take a two or three-hour nap. I was comforted by the fact that nausea indicates some hormones that protect and help the baby develop well are present.

Once I hit the second trimester it was smooth sailing. It was even pleasant most of the way into the third. During this time, I did struggle with being anxious about the baby’s position. It was bothering me that I didn’t know for sure because there were exercises, I could do if he was breech to flip him, but I wasn’t supposed to do all of them unless I knew the baby’s position. I was upset about this, until one day I asked my husband to ask the Lord what was going on. He saw a picture of snow falling with us jumping around and celebrating and said that we would find out the position was right when the snow was falling.

Lo and behold, we went in for my 36 weeks check-up and found out that he was head down and in perfect position. When we left the clinic there was a beautiful fluffy snowfall and we hopped and skipped (as much as a 36-week pregnant woman can…lol) to the car.

I had also been nervous that something would go wrong, and I wouldn’t ever go into labor or that my body wouldn’t work right. I had to keep seeking God and declaring his truth over my situation (the book Supernatural Childbirth helped with this) and Him as well.  I felt low in the faith as I often didn’t take as much time to seek the Lord each day as I’d like. When I started talking to some other Christian ladies, they encouraged me to seek the Lord for wisdom and grace in the calling of motherhood. I had never seen motherhood like that before, as a sacred calling and a charge from the Lord. Their words and this motivation helped me to push much more into prayer and the word; it is amazing how purpose in the Lord can do that.

Finally, the day for our son to arrive was here. 1 day after 40 weeks, I started having contractions that morning that we were more lasting and intense than they had been. I had imagined that I would be composed and modest the whole labor. Hahahahah. Not so much. By the time I was at 8 cm, I spent the last two hours in the shower moaning and making noise wearing nothing but my birthday suit. I kept asking the nurses and the midwife for reassurance that labor was working, and my baby was really coming out.

Finally, it came time to push. Throughout the whole labor whenever I felt really discouraged I would say out loud “thank you, Jesus, that this baby is coming out" or something along those lines. It helped me when I was anxious to speak the truth. Finally, after an hour and forty-five minutes of pushing we got to meet our son, and it was all worth it…totally worth it.

The Lord taught me some things I hope can be encouraging to young soon-to-be moms or anyone who is “birthing" anything new.

A Little More About Christine

Hi, I’m Christine. I’m a wife, mommy, friend, musician, evangelist, an administrative worker for my husband with our company, and most importantly a follower of Jesus. My heart is to encourage others, especially busy women and new moms, to push into the Lord and to be fiery, passionate women of God in whatever season they are in.

Previous Post: « Top Tips for Happy Planner Organization
Next Post: Mama, you can do Hard Things - 5 Powerful Bible verses about Trials and Struggles »

Hi, I'm Rachael! I'm here to encourage you to bring more healing into your everyday home. You'll find that I love Jesus, the Trim Healthy Mama lifestyle, my children, my exceptionally country-boy husband, and all things DIY. Welcome to Healing Home!